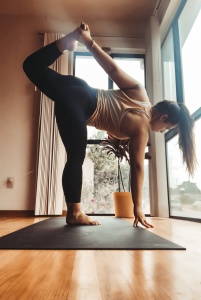 How do you navigate uncomfortable conversations?

This is a topic that’s been weighing heavily on my mind recently. In the past couple of weeks, I’ve had some uncomfortable conversations involving disagreement that have gone really well and others that did not. The conversations that felt good felt productive, safe, and genuine. The conversations that felt bad provoked a lot of reactivity and aggression. No matter how uncomfortable it may feel, I still want to continue having these discussions, especially with the people I love. I don’t want to ignore them just because it’s hard. So I’ve thought a lot about what made those rough conversations go so poorly.

I discussed this with a friend and we agreed that, when having a difficult conversation, we want to feel safe. How often to do we allow someone to vent freely and really listen without preparing a counterpoint or what you’re going to say next in your head? Creating a safe space to speak freely can include just letting the other person know, “I know we may not agree on everything, but I need you to at least hear me.”

People want to feel heard, and I think part of that is knowing your words are being received without judgement. It’s human nature to dislike being judged, and this fear of judgement can make it really hard to speak up. It can also make it difficult to admit when you’re wrong. However, that’s another part of feeling safe in conversation; for each person to check their ego at the door and allow space to admit when they’re wrong or don’t know something. It’s natural to want to resist the possibility of being judged. Admitting when we don’t know something and asking questions is a vulnerable state to be in. But there is strength in vulnerability, and it takes a bit of both to admit when you don’t know something and to ask questions.

Part of moving forward is remembering that we’re human and we make mistakes. If I say something that triggers you, I want you to voice that. I want to recognize and understand why it was a trigger. Appreciating the experiences of others helps build trust and further creates that safe space for conversation. There is so much going on in the world today, and it’s overwhelming. But it’s also opening up opportunity for conversation and connection. We need to keep having these conversations. As my friend said, “It doesn’t have to be perfect and we don’t have to pretend like it is. But I am longing for my immediate community to be vulnerable with me.”

As a reminder, I want to add that I think it’s important to check in with yourself before taking on tough conversations. Ask yourself if you’re feeling up for it, because it’s okay if some days, you just don’t have the energy for it. It’s also okay to just remove toxicity from your life alltogether. Some conversations just aren’t worth having. People are only capable of experiencing their own level of consciousness. Before you dive into it with someone, ask yourself if this person is even emotionally mature enough to acknowledge different perspectives. Is this person willing to explore other angles? Are they open to possibly changing their mind?